Science for the Public and more…

Archive for the ‘Nature’ Category

We are seeking manuscripts (books) on:

From the PTP Book Division 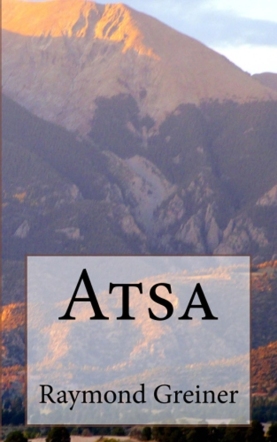 This story traces the life of a half Navajo infant boy abandoned by his birth mother on the steps of a Catholic Navajo Mission School. The mission’s staff cared for him during early childhood. Betty, the school’s cook was Navajo and named the abandoned child Atsa. Interpreted definition is eagle. Atsa was born mute causing social challenges he was forced to confront. A retired college professor widower eventually adopts him. Atsa displayed high level academic prowess and this trait combined with sign language and written responses allowed him to transcend his disability and achieve a medical degree from The University of New Mexico on a full academic scholarship. His adoptive father adds significant input to Atsa’s life combined with his formative years, as Sister Cynthia served as Atsa’s surrogate mother at the mission school and influenced Atsa’s progression through adulthood.

Thanks to all who entered the Giveaway for “Who was Macho B and What We Know about Jaguars”.

Giveaway ends in about 6 hours

Only 3 days left…to enter the drawing for

Only 3 days left…to enter the Goodreads Giveaway for

Only 6 days left to enter the Goodreads Giveaway for:

Who Was Macho B and What We Know about Jaguars

Although jaguars are native to Arizona, little is known about the population segment that resides in Mexico and uses southern Arizona and New Mexico as the northern extent of its range. It was thought the species had been extirpated from the state until 1996 when the first jaguar documented since 1986 was photographed by a southern Arizona rancher/mountain lion hunter. After capture, collar and release, a web of intrigue surrounded death of the only jaguar in Arizona, Macho B.

Mjnickum's Blog
Create a free website or blog at WordPress.com.